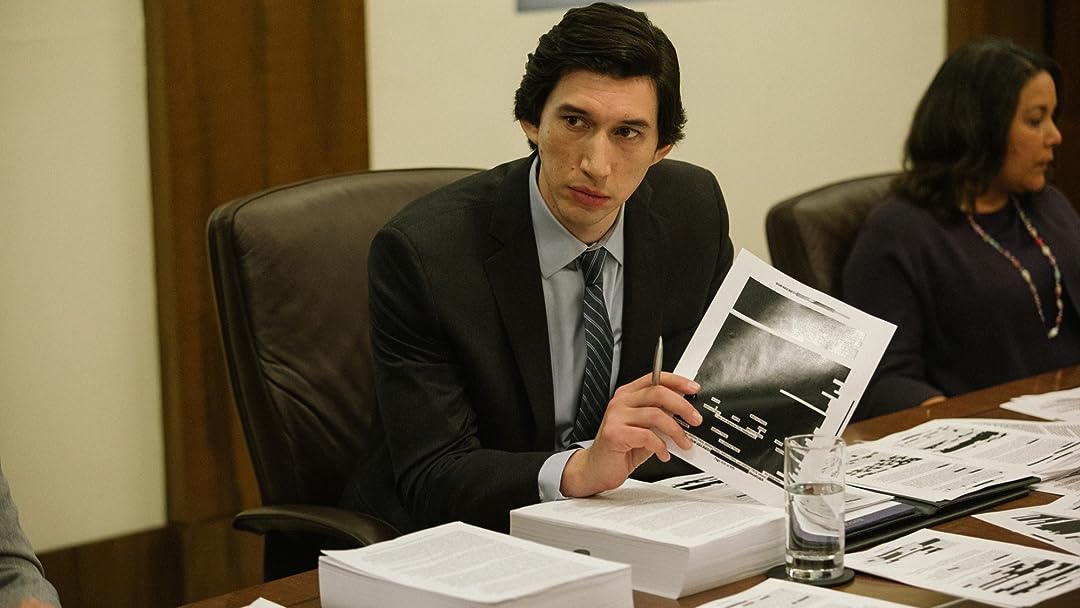 ?(2,037)IMDb?7.21h 59min2019X-RayHDRUHDR
In a thriller based on actual events, an idealistic Senate staffer leads an investigation into the CIA’s post-9/11 Detention and Interrogation Program, uncovering the lengths to which the agency went to hide a brutal secret from the American public.

For more information on how the film was crafted including an annotated script with scene by scene resources and references, please visit our Deep Dive Website.

By ordering or viewing, you agree to our Terms. Sold by Amazon.com Services LLC.
Get Help

Quickly browse titles in our catalog based on the ones you have picked.Try Explorer now

4.2 out of 5 stars
4.2 out of 5
2,037 global ratings
How are ratings calculated?
To calculate the overall star rating and percentage breakdown by star, we don’t use a simple average. Instead, our system considers things like how recent a review is and if the reviewer bought the item on Amazon. It also analyzes reviews to verify trustworthiness.
Top reviews

Top reviews from the United States

KJ Humanitas
5.0 out of 5 stars Excellent.
Reviewed in the United States on November 28, 2019
Verified Purchase
My father was U.S. Army counter-intelligence during Korea; he was a devout Ike Republican and prosecutor. He said, categorically, that it had been learned long ago (even during his time in the military) that torture [and I'd include enhanced interrogation here] did not work. Not only that, but if you couldn't get information lawfully, then it wasn't worth a damn. It is too bad--and we are learning this even now--that some believe advantage seems to count more than character these days. But a human being is his or her character, which is proven by action--or hopefully lack thereof when it comes to unlawful or unethical action. It's time for honesty, integrity, and character to matter again, as well as the rule of law. This film shows, too, another truth: that the truth itself will out, no matter what. Those who do not heed that will know it soon enough.
Read more
871 people found this helpful
Helpful
Comment Report abuse

Craig Balson
2.0 out of 5 stars Not everything is an injustice
Reviewed in the United States on November 28, 2019
Verified Purchase
Adam Driver is the sole reason for this movie getting 2 stars from me. I love movies that are based on real historical stories. If they are spy, espionage or conspiracy theories it just adds to my enjoyment. The movie Snowden is pretty amazing and I thoroughly enjoyed it. I mention that because it was with a little anticipation that I headed into this movie starring Adam Driver, who I haven’t seen in a bad role yet. Bad movies yes, bad role no. Then as I watched it I realized who they were trying to portray as the heroes of this story and what it was that they “exposed”. I am sure that every snowflake built, bleeding heart is going to love this movie. I am not one of those people. I don’t care what we do to terrorists that behead American prisoners on the internet for the world to watch. If we waterboard 100,000 of them it is still nicer than what they do to us. People so easily point a finger from their la-z-boy and say, “Shame on you” to American agencies doing what they need to keep our nation safe. This is war. A war that will never end. There is no good or evil in war, there are just results. If water boarding, sleep deprivation, humiliation and even a few deaths is what it takes to protect the sanctity of the United States of America then they have my full blessing. Adam Driver is great in this movie but the rest of the movie is a left wing propaganda film.
Read more
741 people found this helpful
Helpful
Comment Report abuse

Go ahead and assume...
5.0 out of 5 stars Never Again
Reviewed in the United States on November 28, 2019
Verified Purchase
The Report is a look into history. For those who might not remember EITs and the politics surrounding them, it's an important film. Watch it and know what happened, so it will never happen again.
Read more
427 people found this helpful
Helpful
Comment Report abuse

Nicole
5.0 out of 5 stars Powerful!
Reviewed in the United States on November 28, 2019
Verified Purchase
A very powerful movie; well-written and more importantly, well acted. This is definitely a movie that will stick with me. It also does a great job summarizing what we kept seeing in the news all those years ago. I remember hearing about this but I didn't pay any attention to it as life was in my way. This is a must-see for people like myself or anyone who had no idea this was even happening.
Read more
373 people found this helpful
Helpful
Comment Report abuse

Belinda King
1.0 out of 5 stars Five minutes in...12 examples of propaganda
Reviewed in the United States on November 29, 2019
Verified Purchase
Don't bother. More propaganda, slanted bias. So tired of this type of story. That's why I like Norwegian, Swedish, and British shows, less propaganda and more entertainment. So very weary of this ...
Read more
286 people found this helpful
Helpful
Comment Report abuse

SoulRaker
4.0 out of 5 stars Important subject
Reviewed in the United States on November 28, 2019
Verified Purchase
Again, only by exposing what has transpired do Americans see any kind of accountability, justice or fortitude. Why is it always "do this evil until someone says not to" that the NSA, CIA, and arguably the FBI finally capitulates with a "we were wrong, but we're good now." Torture is and always will be evil and those that practice it will never win the hearts and minds of people. Trump has publicly condoned torture saying "it works, and if anyone says it doesn't work, it does,..." We've known for 400 years since the inquisition torture is never justified, have we entered the new dark ages?
Read more
278 people found this helpful
Helpful
Comment Report abuse

Lisa M.
1.0 out of 5 stars Liberal propoganda
Reviewed in the United States on November 29, 2019
Verified Purchase
Might have been good if it wasn't so liberally biased. I felt like I was watching a 2 hour commercial for the democrats.
Read more
229 people found this helpful
Helpful
Comment Report abuse
See all reviews
Back to top
Get to Know Us
Make Money with Us
Amazon Payment Products
Let Us Help You
EnglishChoose a language for shopping. United StatesChoose a country/region for shopping.