Star Wars The Rise of Skywalker The Visual Dictionary and millions of other books are available for Amazon Kindle. Learn more
Share

Other Sellers on Amazon

Flip to back Flip to front
Listen Playing... Paused   You're listening to a sample of the Audible audio edition.
Learn more
See all 13 images 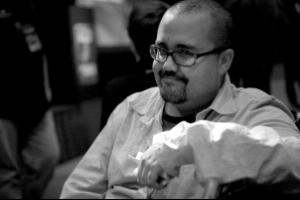 Enter your mobile number or email address below and we'll send you a link to download the free Kindle App. Then you can start reading Kindle books on your smartphone, tablet, or computer - no Kindle device required.

To get the free app, enter your mobile phone number.

Brands related to this item on Amazon Sponsored

Sponsored products related to this item

Read more
Read more
Start reading Star Wars The Rise of Skywalker The Visual Dictionary on your Kindle in under a minute.

Don't have a Kindle? Get your Kindle here, or download a FREE Kindle Reading App.

Be the first video

Sponsored products related to this item

Superjames
3.0 out of 5 stars No Palpatine?
December 21, 2019
Format: HardcoverVerified Purchase
Uuuhhh.... There is an elephant named Palpatine in the room but not in this book. That’ll cost ya’ two stars!

Otherwise, the book is the same good quality as the other Visual Dictionaries.

No Palps though? Really?

CG
5.0 out of 5 stars Excellent
December 20, 2019
Format: HardcoverVerified Purchase
The Star Wars team outdid themselves again with this book. The pictures, layout and detail are outstanding. It’s significantly longer than any of the other individual movie books. My only complaint, which is a rather large one, is that it doesn’t include any pictures of Palpatine. I was hoping to see him in his zombie form and his restored form, as well as more details from the end sequence. As the primary villain of the saga and this movie, his exclusion is a significant detractor from the book, and he is barely referenced.
Read more
35 people found this helpful
Helpful
Comment Report abuse

Amazon Customer
2.0 out of 5 stars No Palpatine & Other Goodies
December 22, 2019
Format: HardcoverVerified Purchase
Good general lore but is missing ALOT of what I wanted. First there’s no Palpatine! Why?! He’s integral to the movie and has a lot of tech and intrigue that is left unexplained from the film that I expected to get from this. There’s also no mention of Leia’s lightsaber, Rey’s yellow saber or anything related to big plot points. I was reallly disappointed by this. I really wanted all that info, it’s actually why I bought this book. I’m unsatisfied, even with all the great information this book has.
Read more
33 people found this helpful
Helpful
Comment Report abuse

Josiah Acevedo
3.0 out of 5 stars *Waves Hand* These are not the answers I'm looking for.
December 22, 2019
Format: HardcoverVerified Purchase
A good book with lots of information. Helps to answer some questions not answered in the movie. HOWEVER, There is not a single page dedicated to Palpatine, the machines keeping him alive, how he survived or was recovered, his loyalists, Snoke clones, Dark Rey and her lightsaber, Ben Solo, force healing, Dyad, Leia's training/Lightsaber, Rey's new lightsaber or her connection to Palpatine, Rey's force lightning...
Read more

Trevor
2.0 out of 5 stars Glaring Absences of Material but Decent Price
December 23, 2019
Format: HardcoverVerified Purchase
While full of information for the price it is severely lacking in information about elements from the movie that are major plot points and characters. In particular, I flipped through the book looking specifically for Palpatine, whose shadow hangs over the entire 9 movie saga as the main antagonist, yet he does not get his own two page spread detailing the machines keeping him alive, how he survived literally exploding when thrown down the reactor shaft by Vader, or at the very least a good look at the character without the dark shadows of the film obscuring his form!? Instead, we get several pages recapping plot and imagery from the Force Awakens and Last Jedi which each have their own visual dictionary and feel like pointless filler in this volume. Likewise, we get several pages to the Knights of Ren who, aside from looking menacing and cool, ultimately did next to nothing in the film other than put a 90 second beatdown on Ben Solo. They accomplished slightly more than the Emperors Royal Guards in Return of the Jedi who merely walked out of the throne room. Even the rehashed material, if you don't mind it, has notable absences such as nothing on Maz Kanata. There could and should have been a list of the Jedi voices Rey hears when she rallies to confront Palpatine a second time, no closer look at Leia's lightsaber, nothing about whether or not the robed figures in the Sith throne room were cultists or spirits of previous Sith Lords, no updates on DJ or the command vacuum left by the death of Phasma, etc. And everything I listed is simply off the top of my head as I write this. I'm sure i could think of plenty more faults in this compilation if I dedicated time and list to it. In my opinion, the absences are glaring and egregious but the low price point is attractive and the book is nonetheless full of neat images even if we got quite a few of them in previous visual dictionaries. Worth a purchase but definitely don't pay more than 20 dollars. Hopefully a revised edition or a much larger Sequel Trilogy or Complete Saga edition will be released that covers the missing material.
Read more
12 people found this helpful
Helpful
Comment Report abuse

Gilbert
2.0 out of 5 stars Missing one critical component...
December 28, 2019
Format: HardcoverVerified Purchase
Episode IX spoilers*** There's a lot of neat stuff in here, and it's really well laid out, but it's missing one critical piece of information: anything useful on Palpatine! Want to know where he's been And how he's returned? Zilch. Want to know who all the hooded figures are? Good luck. Want to know more about the dyad or his plans? Nope! There are tidbits scattered throughout, such as how Sith loyalists funneled materials to Exegol, but it's nowhere near comprehensive enough. Every character, including Snoke, gets their own spread, but not Palpatine. It's a massive, massive oversight that leaves out a core reason why many of us are buying this book. More inference can be gleaned overall from non-canon books
Read more
5 people found this helpful
Helpful
Comment Report abuse

Leung Siu Kin
3.0 out of 5 stars Something is missing deliberately or carelessly ?
December 25, 2019
Format: HardcoverVerified Purchase
DK books are fame for detailed information, seriously selected film photos, not long-winded description and nicely presented layout., etc. However as always , we witness a deliberate means by someone to miss something very important. I do not know whether it is a commercial decision or it is an Editor's careless mistake or it is a means to make something imperfect in this manner so as to invite criticism from all directions for getting this theme hotter and more attention drawing. No matter what are the reasons behind, the vital point is how can the book is known as " Complete" as highlighted at the back cover of the book ?
So many big fans did put a giant concern of the totally absent Sith lord which plays an indispensable role in the Saga. I am not going to repeat more. Other missing things are the dark side of Rey, the sith guard wearing a cape (Appeared in the fight with Rey and Ben Solo in the last episode. Maybe there is something more you can find out after revisiting the film. I do not mind to pay more to get this information back to the book. However it is usually for big fans to buy this informative thing right from the very beginning of the release. It is very costly for them to get an expanded edition several months later if it is available. The major issue is how can we pick up those missing information for making it a perfect collection for ourselves ? Incomplete is never be regarded as complete strictly speaking.